Aleksandra Vagner was born in Denmark by a Danish mother and a Serbian father, but grew up in Norway. In 1994, she returned to Denmark to study at The Royal Academy of Music in Aarhus and The Royal Opera Academy in Copenhagen. She completed her studies in 2001 and had her debut as professional opera singer at the Funen Opera. In 2003, she became part of the soloist ensemble at the music theatre Undergrunden where she participated in numerous childrens´operas and chamber operas. She stayed in the ensemble for five years. Following, she was engaged in performances in Sandefjord Summer Opera in Norway, The Strindberg Theatre in Sweden and The New Theatre in Denmark. She has also worked as an actor in a television drama series.

With her flexible and colourful voice her repetoire ranges widely - from early baroque to bel canto, modern music and musical/evergreens.

Aleksandra also has a career as concert singer, and has done recitals in Denmark, Norway, Sweden, Japan, Austria, Belgium an France. She has workes with several of the professional symphonic orchestras in Denmark, and is frequently used as contralto and mezzo soprano soloist in oratorios and masses.

Since 2015, she has been chairman of the DR Ensembles´ Chamber Music Association, and chamber music has become an important part of her singing career. She has co-founded the Vagner/Lundby-Jæger Duo (see more on www.vlj-duo.com) and is a part of Grimeland trio.

Since 2010, she has been engaged as contralto in the DR ConcertChoir. 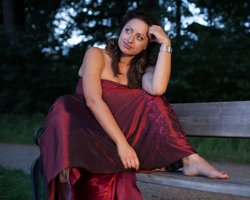 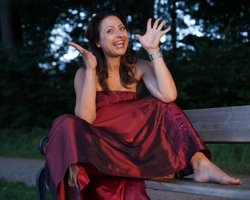 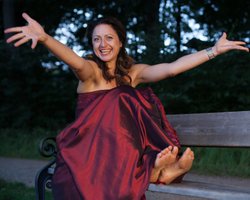